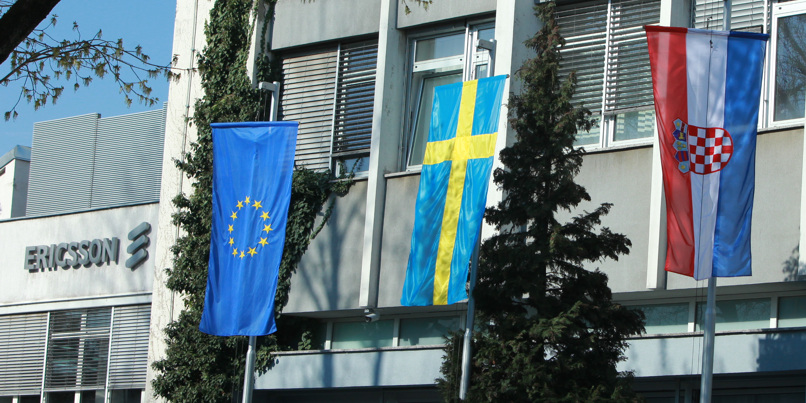 Ericsson Nikola Tesla – a bridge of collaboration between two countries

The strategic goal of this state visit is to intensify and deepen the current excellent relations between the two countries, since Ericsson Nikola Tesla through  its long-term partnership with the Ericsson Corporation  is the best and the firmest bridge  of the business collaboration and friendship between the Kingdom of Sweden and the Republic of Croatia.

The celebration, organized to mark the 60th anniversary of collaboration and signing the first Licensing Agreement between LM Ericsson and the then the firm Nikola Tesla, was enhanced by the presence of the Swedish Royal Couple, the President of the Republic of Croatia Ivo Josipović, and his wife, Prof Dr Tatjana Josipović, as well as by the ministries in the Croatian Government. As a part of the official delegation of the Kingdom of Sweden, the company was visited by Carl Bildt, the Minister of Foreign Affairs , Lena Ek, the Minister for the Environment, Hans Vestberg, the President and CEO of Ericsson Corporation, and the delegation of the leading Swedish businessmen, as well as  heads of many companies from Croatia and abroad.

Gordana Kovačević, the president of Ericsson Nikola Tesla presented the successful business performance of the company, both on the competitive global market, and within the Ericsson Group, too. She underlined the important role of this successful performance of the company that is a prominent and valuable member of the Ericsson Group, in enhancement of the good quality bilateral relations between Croatia and Sweden: “We are particularly proud and excited to mark today’s occasion - the 60th anniversary of partnership and cooperation between Ericsson and Ericsson Nikola Tesla. The model of cooperation and partnership between Ericsson and Ericsson Nikola Tesla is an example of successful strategic cooperation, synergy and multiple benefits generated for both companies. This would not be possible without the support and partnership of our colleagues in Ericsson. It is for this reason that I would like to thank Hans Vestberg, president and CEO of Ericsson as well as other colleagues who have recognised our values and gave us an opportunity that we managed to grasp.”

Hans Vestberg, CEO and President of Ericsson spoke about how pleased he is with the cooperation between Ericsson and Ericsson Nikola Tesla. He also spoke about Ericsson’s vision of the Networked Society and the transformative impact of ICT. On people’s lives, as more people get access to information on the internet, but also how businesses transform as they get connected, mentioning transport, music and logistics as a few examples, and ultimately how society is impacted as more people get access to for example health care and education, which they might not have had before. When one person connects, their life changes. With everything connected, the world changes.

It is worth mentioning that back in 1978, this Swedish Royal couple, King Carl XVI Gustaf and Queen Silvia visited than the firm Nikola Tesla, which means that already than recognized the importance of such business cooperation with a firm that was one of the first licensing partners to Ericsson, the well-known global technology leader.

During the six decades of collaboration, many individuals contributed to the Company's development and joint relations of two countries, including the President and CEO of Ericsson Corporation. Therefore, with regard to this Jubilee, the President of the Republic of Croatia awarded Mr. Hans Vestberg the Croatian Order of Duke Branimir with ribbon, for exceptional contribution to the development of Ericsson Nikola Tesla d.d., and for economic partnership of the Republic of Croatia and the Kingdom of Sweden. Only a day before, His Majesty, King Carl XVI Gustaf of Sweden awarded Mrs. Gordana Kovačević the Royal Order of Polar Star.

Along with the ceremonial part of the program, guests and journalists showed a great interest to take the newly opened Technology Road Tour, which gives a concise and effective view of the wide rang of its portfolio and the contribution to the quality of life of an individual and society as a whole, as well. Symbolically, a warm welcome to the impressive world of sophisticated technology was extended to the guests by Nikola Tesla, the genius innovator with a visionary mind, and Lars Magnus Ericsson, a capable undertaker who was ready for radical technological innovations, since just their names and values have been incorporated into the modern Company Ericsson Nikola Tesla. 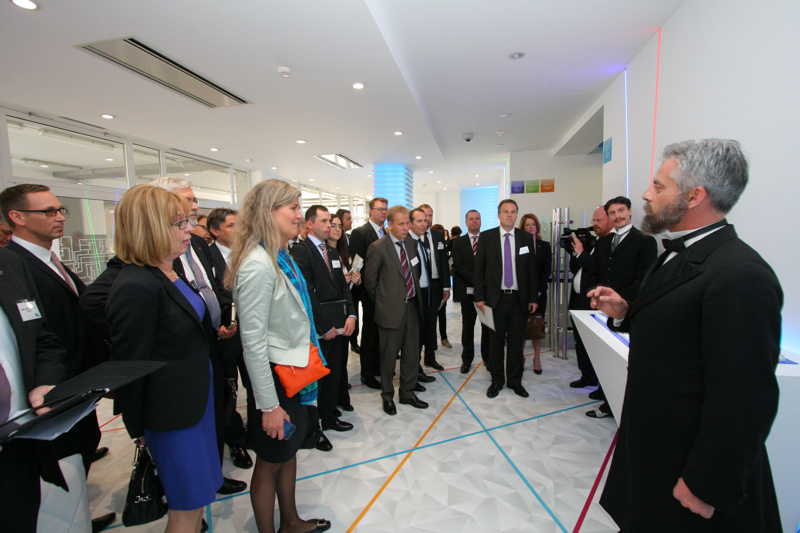 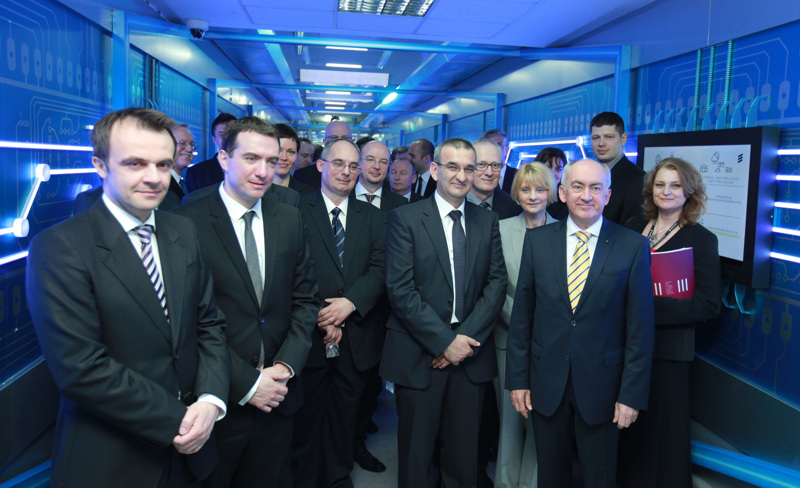 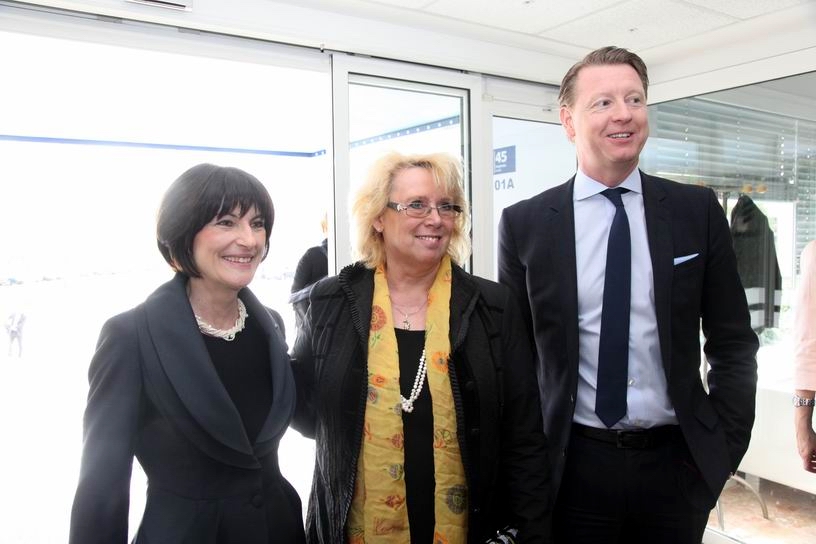 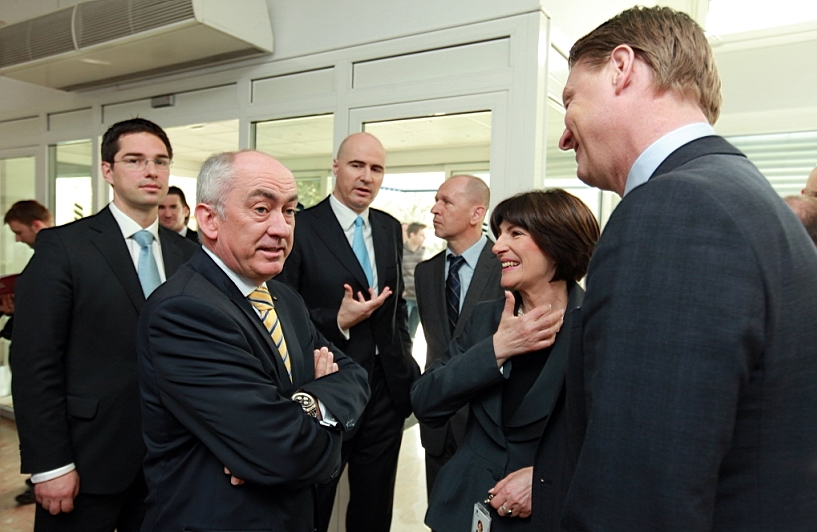 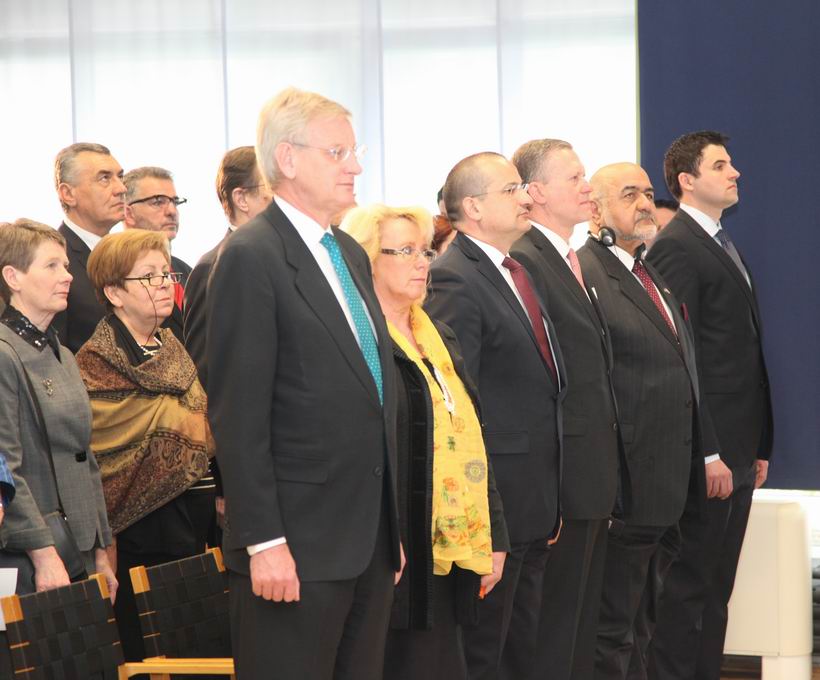 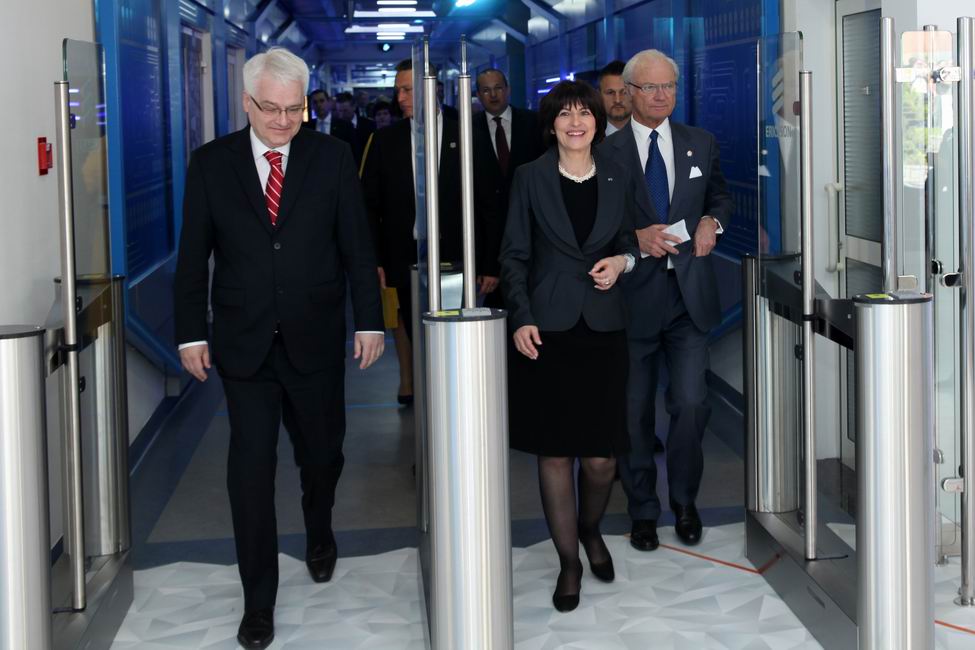 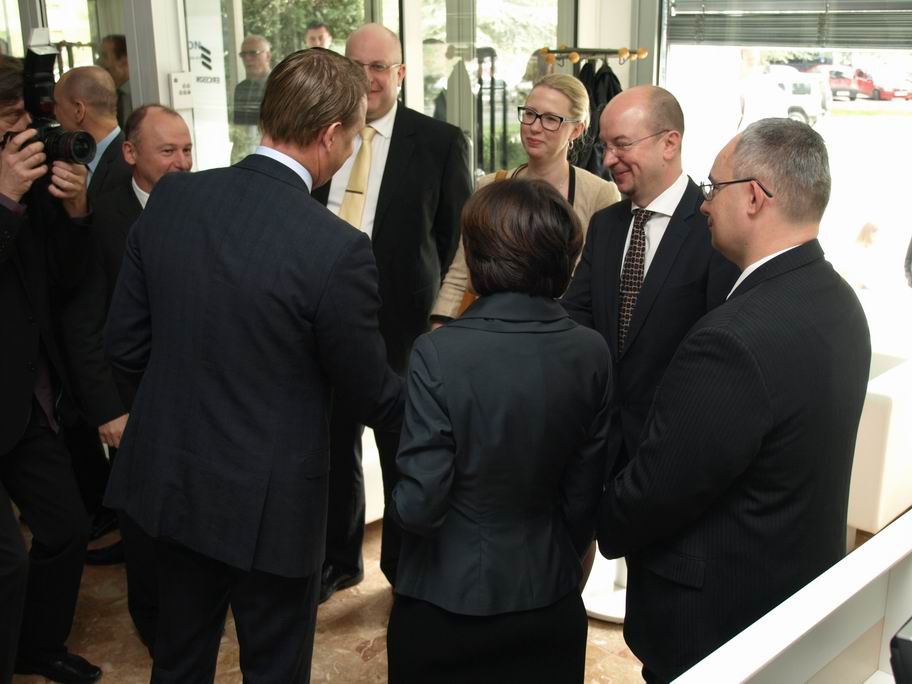 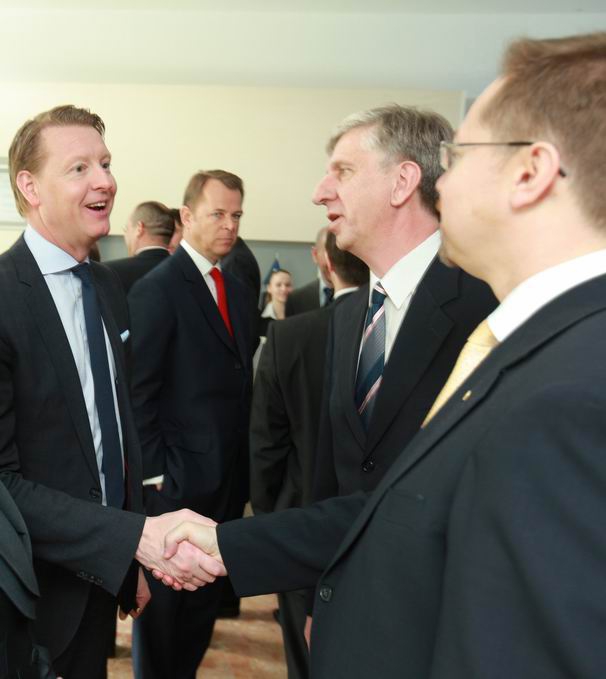 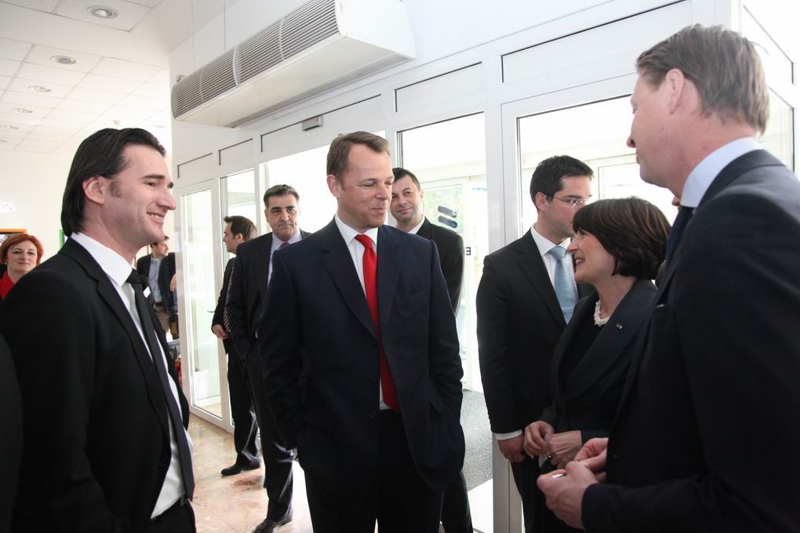 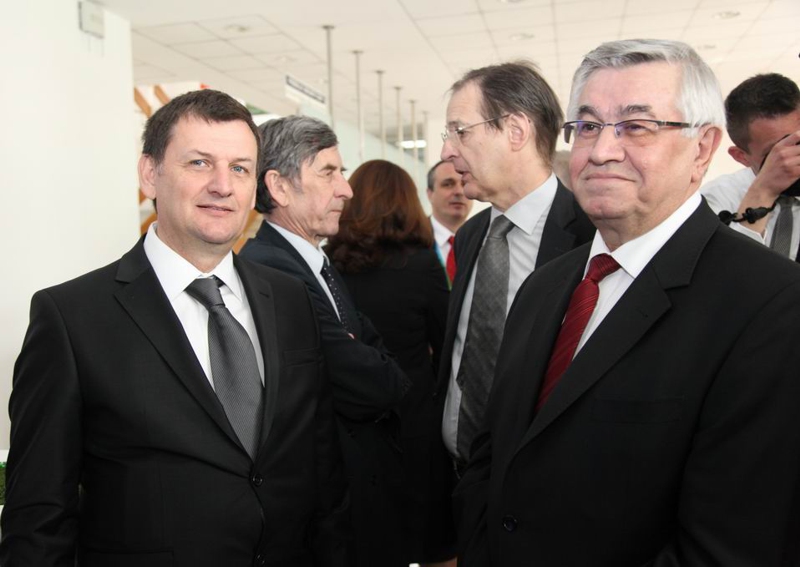 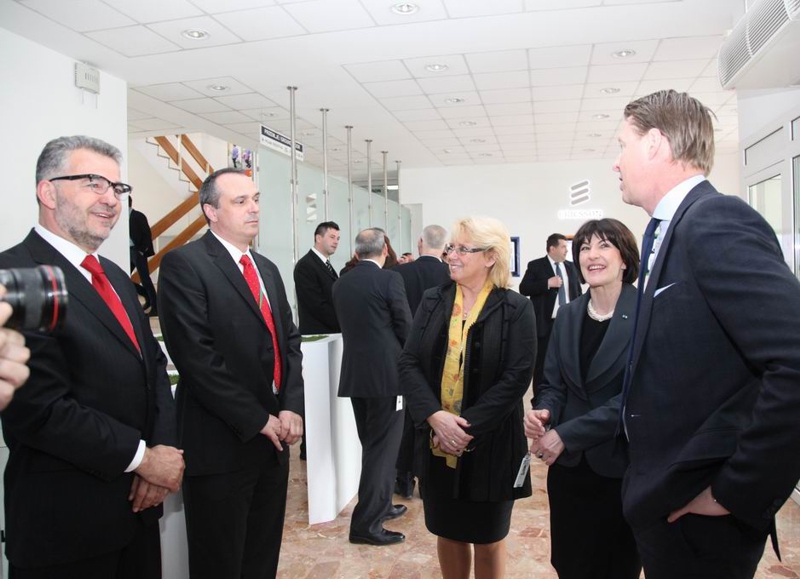 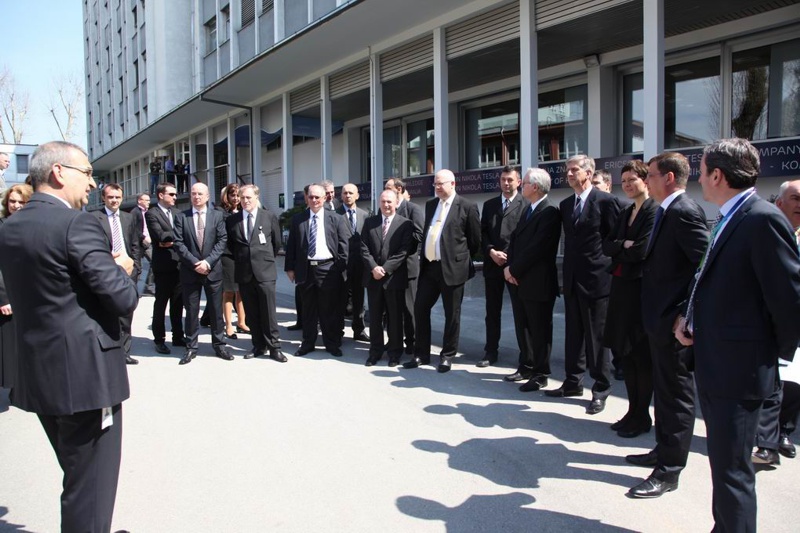 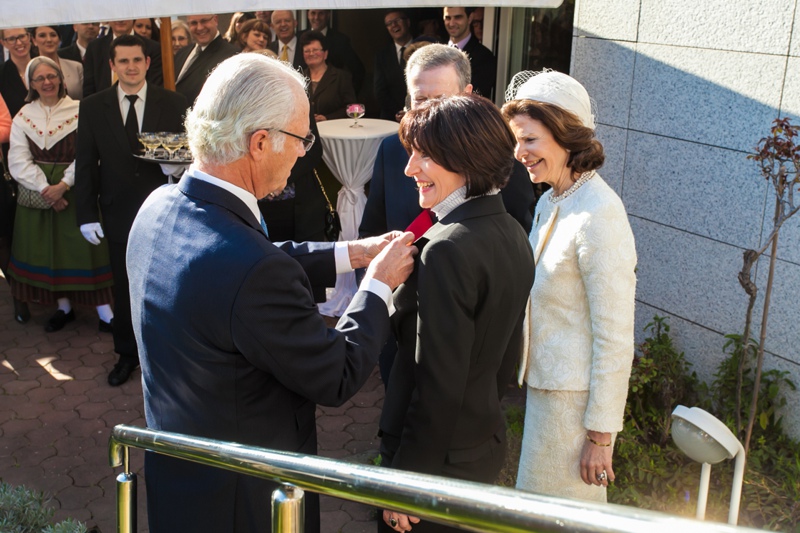 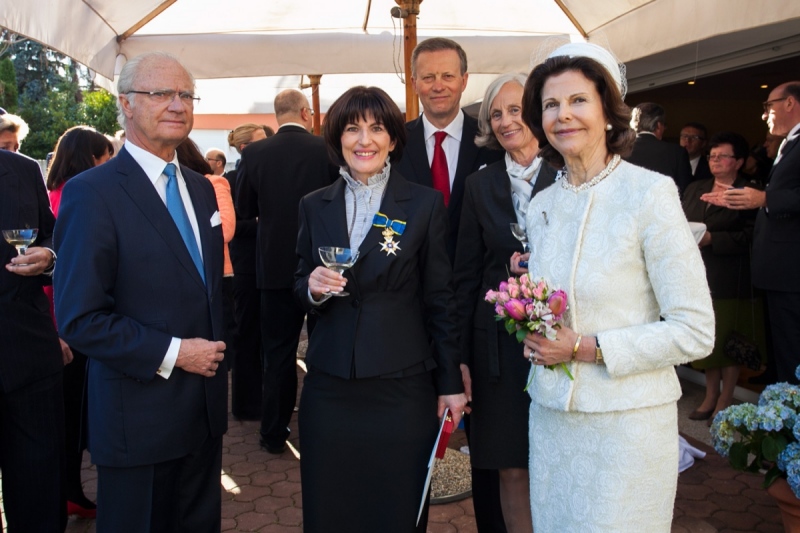 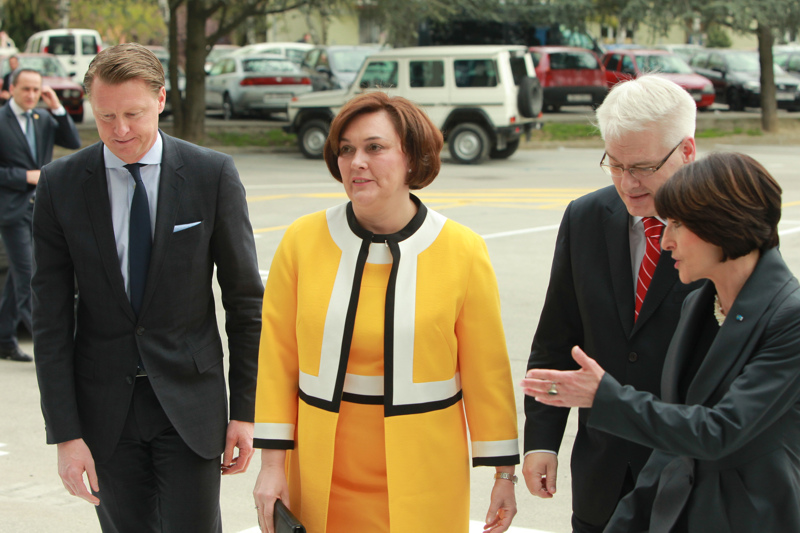 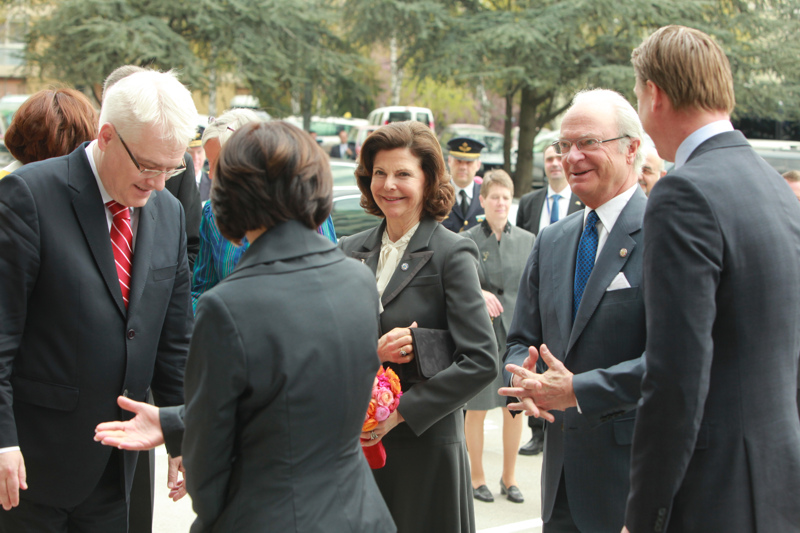 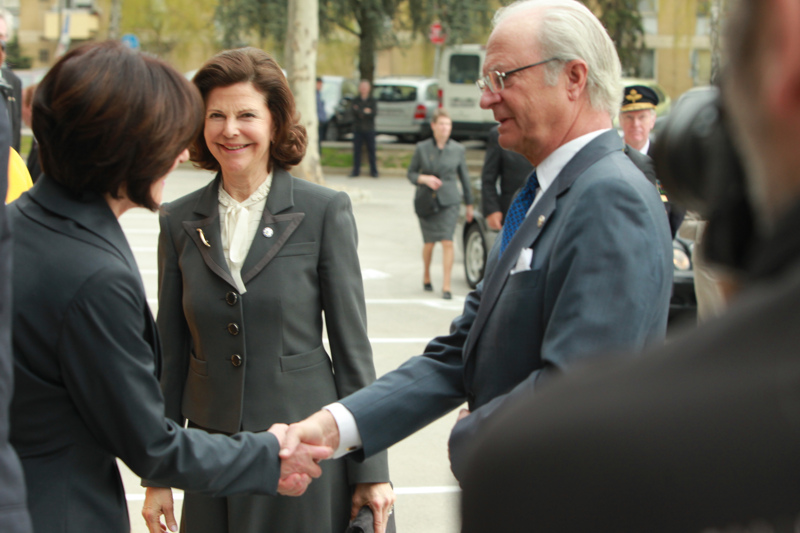 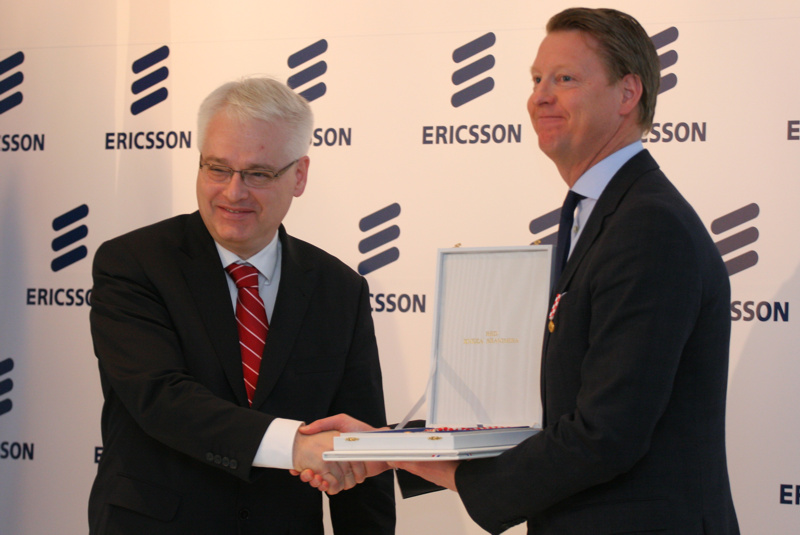 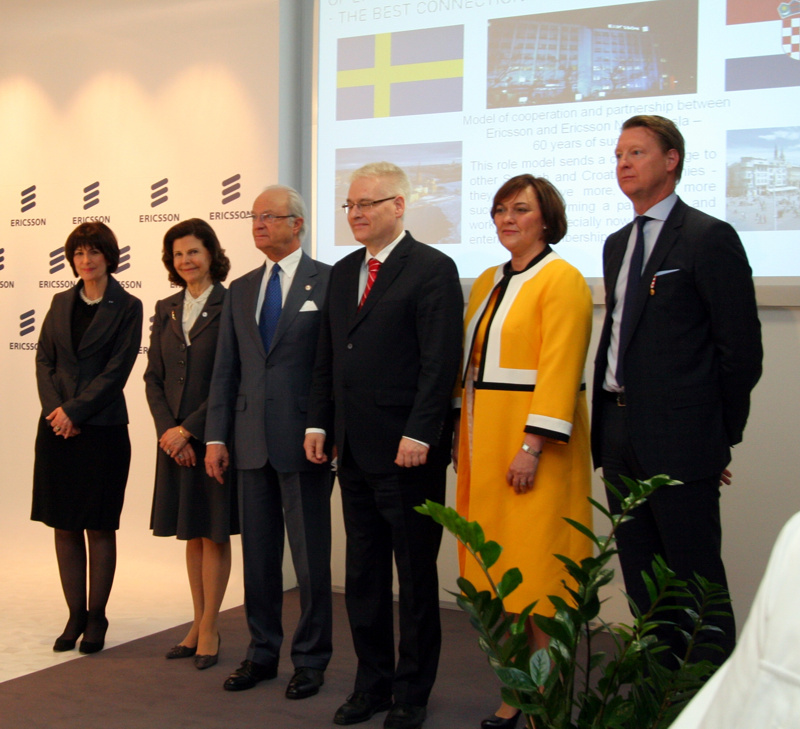 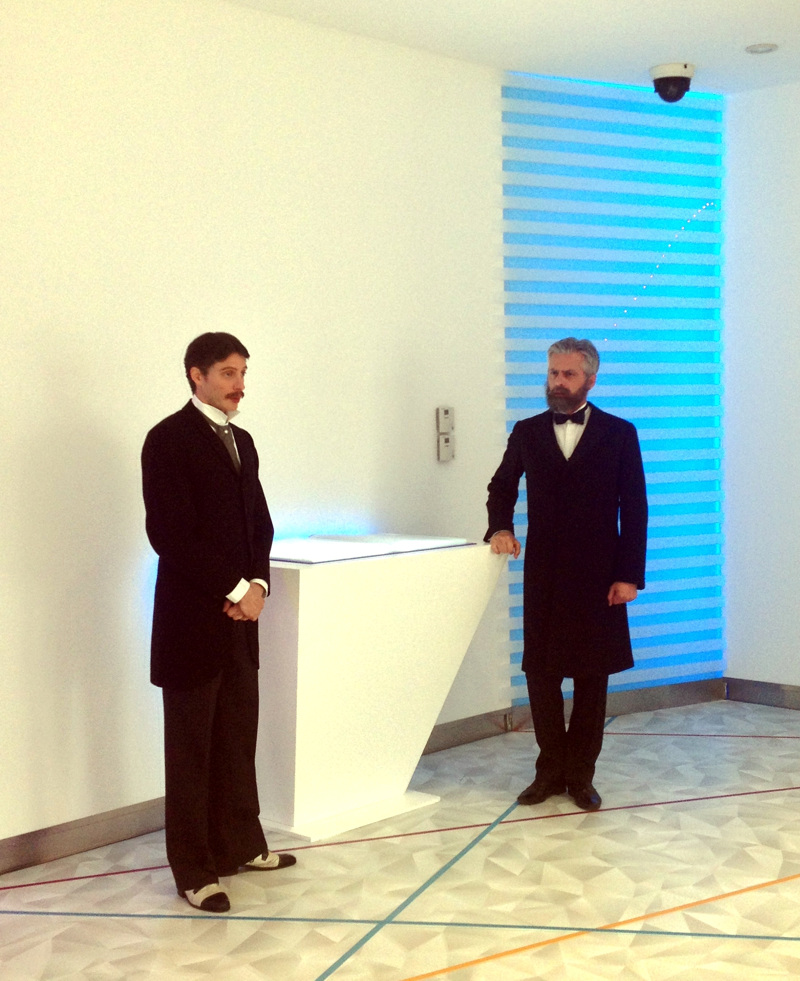 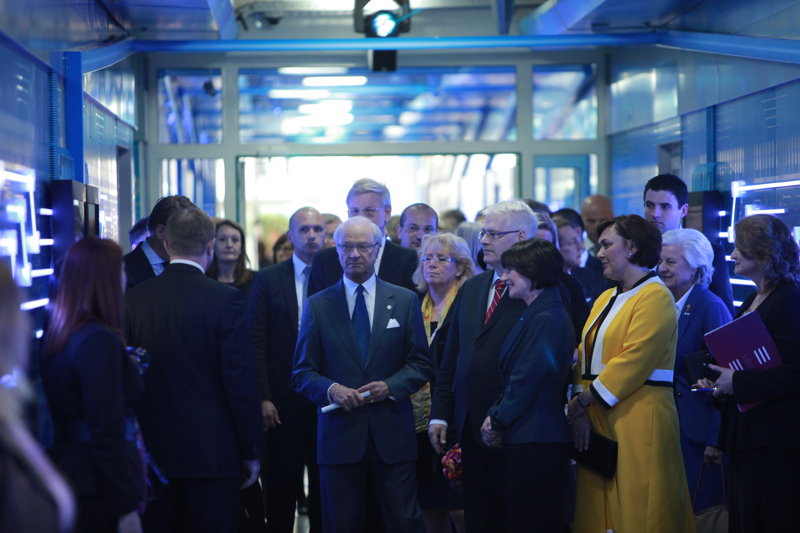 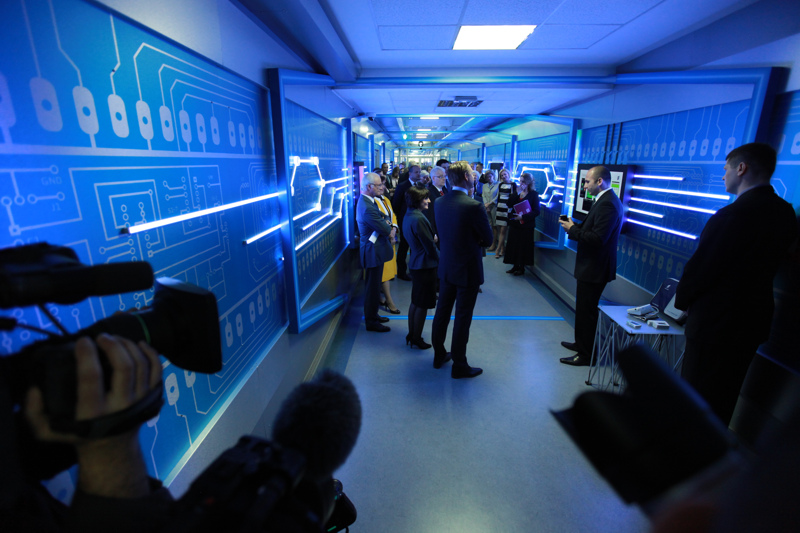 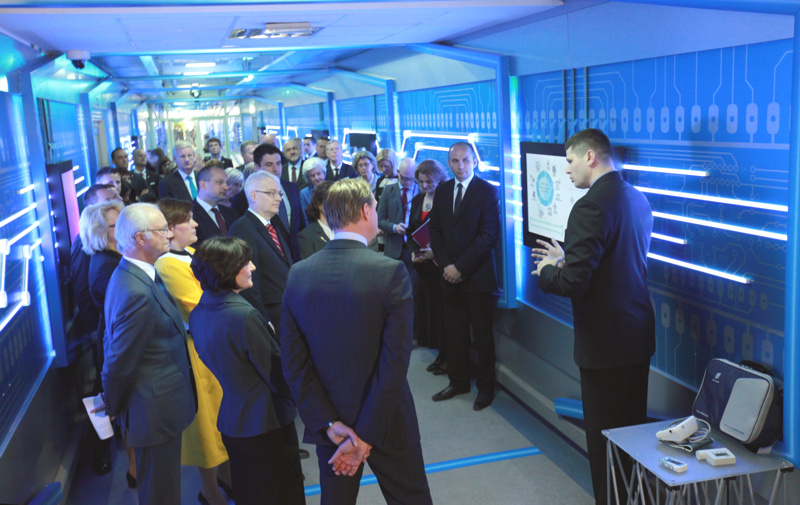 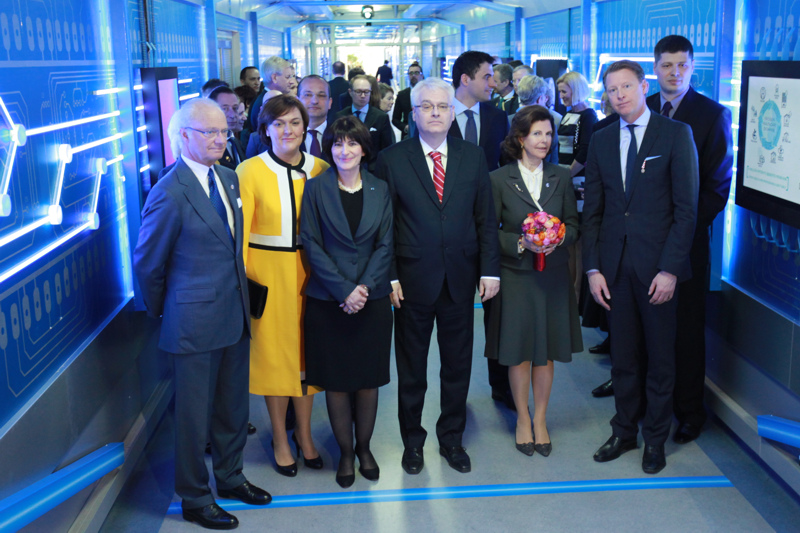 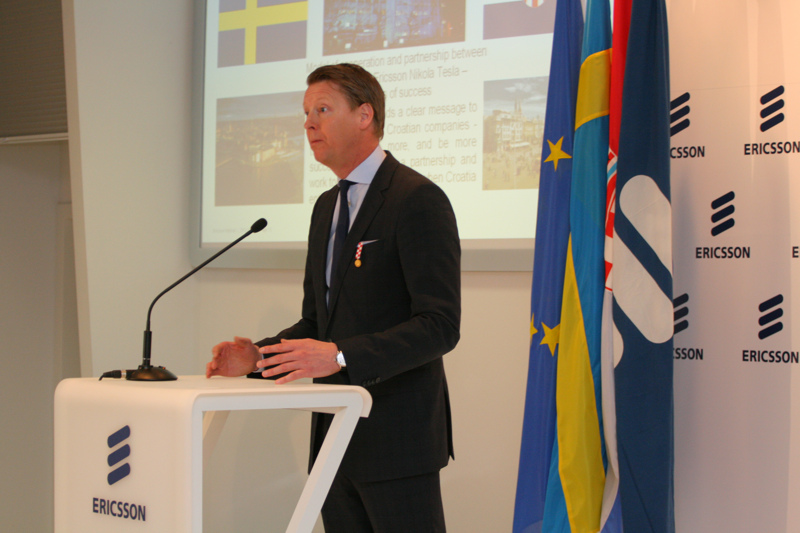