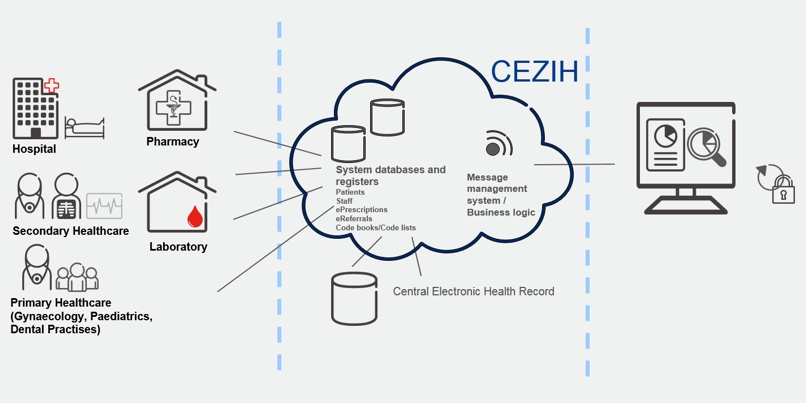 The trial run for eHealth Record and eHZZO portal for patients that starts from 1 September is a further demonstration of the latest eHealth technological solutions being introduced into the national healthcare system, all to the benefit of Croatian patients, healthcare professionals and the system as a whole. These important steps on the way to extended digitalisation of the healthcare system will ensure a higher standard of health services, better controlled and rational operations, that is, the sustainability of the healthcare system.

The comprehensive project of the digitalisation of the Croatian healthcare system that was initiated some 15 years ago with the cooperation among the Ministry of Health, the Croatian Health Insurance Fund and Ericsson Nikola Tesla thus continues with the introduction of the eHealth Record and eHZZO portal for patients. The Central Electronic Health Record, that is, eHealth Record is a unified and structured assembly of patient health data that are collected and stored in the Central Healthcare Information System.  Only authorised doctors who participate in the patient's treatment and those authorised by patients themselves have access to it. Data is collected by means of already established services such as ePrescription or eReferral via the protected Virtual Private Network. The maximum security is guaranteed by a series of protective measures, including encrypted data traffic and smart identification cards that authorised doctors use to access the system. The digital exchange of comprehensive patient information among authorised doctors will further increase the quality of health services and raise patient safety, as well as assist doctors in performing of their duties with the potential to be beneficial to other authorised users as well. Currently, it may happen that doctors have no relevant patient information at the time of hospital or emergency admission, for example, if a patient is unconscious or simply unable to provide the required information. By using the eHealth Record, a doctor will have an overview of all relevant medical information such as that on allergies, implants or medication the patient is taking, in a matter of thirty seconds and thus be empowered to provide a more efficient assistance, all thanks to that readily available information. This solution will shorten the time spent in waiting rooms where it is the most necessary and, thanks to a better cooperation among various healthcare levels, provide a central repository of patient data with a comprehensive overview of their health.

An important part of this upgrade in functionalities refers to communication with patients via eHZZO portal for patients that will actively include patients into the healthcare system and unify in the digital format medical and administrative data, thus ultimately, removing some of the administrative burden for medical staff. Through eHZZO patient portal, accessible via e-Citizens system, patients will be able to see all of their prescribed and issued medicines and medical reports as well as individually manage access rights and protect their privacy. They will also be able to see the details on who accessed individual parts of their eHealth Record and when.

Croatian patients will benefit the most from this additional improvement in the digitalisation of the national healthcare system in the form of a better and more efficient communication of patients with the system and among authorised medical staff in the system. The parts of the system that have been implemented thus far have greatly contributed to raising of the quality of health services, and this upgrade will provide an additional improvement, even though the full scale benefits will only be visible once all legal preconditions are met, planned integrations among users implemented and when the system becomes fully functional at the national level.

The Central Healthcare Information System of the Republic of Croatia (Croatian abbreviation: CEZIH) with services such as ePrescription, eReferral and eBooking has already placed Croatia among the most advanced European states in the eHealth domain. The use of ePrescription service has ranked us the first in Europe, together with Denmark, Estonia, Island and Sweden.

The comprehensive and complex project of the digitalisation of the national healthcare system is a long-term project the benefits of which are felt by all Croatian citizens, the healthcare system in general, as well as the Croatian economy because our eHealth solutions are high-quality export products the value of which has been recognised by other countries.
Company Communications Ericsson Nikola Tesla