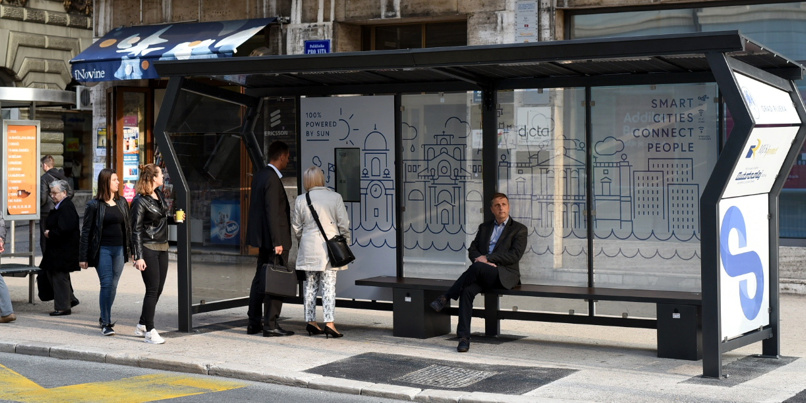 As of today, citizens of Rijeka and numerous tourists have at their disposal two smart bus stops, offering a great number of functionalities for a more efficient and pleasant experience of using public transport. The stops present a global breakthrough in technology on the road towards connected smart cities of the future, and in the background of the entire story there is a six-month long pilot project of the City of Rijeka in partnership with Ericsson Nikola Tesla company, Hrvatski Telekom, Smart RI, Autotrolej and Rijeka promet.

The stops are located at two very busy locations of Rijeka’s public transport—near Rijeka skyscraper in Trpimirova Street and in Žabica—and offer a great number of functionalities that are nowadays necessary to the citizens and an increasing number of tourists that use public urban transport. They are unique due to the combination of Ericsson’s Connected Traffic Cloud application and Hrvatski Telekom’s concept of smart bus stop, which complement each other and together make a complex new service for end users. At these bus stops, the passengers can check the timetable and maps of bus stops, as well as see positions of the buses in real time. The solution is based on IoT technology and it collects Autotrolej’s data and the displays from a total of 12 Rijeka promet’s city cameras, which are available via a mobile application. This application enables smart public transport, and for the first time in Rijeka, it is available on mobile devices as well, which makes this solution a unique one on a global level. 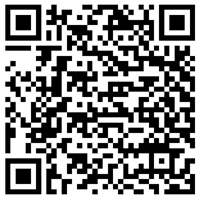 Seeing as the bus stop is also a hotspot, the passengers waiting for their bus to come also have access to Internet through Hrvatski Telekom’s infrastructure; owing to the solar panels that provide the bus stop with energy and to the integrated solutions of other partners, they are also able to charge wirelessly their smartphones, laptops and other personal electronic devices (gadgets). A sensor placed at the smart bus stops measures the temperature and humidity of air, providing valuable information on the environmental parameters, and in the project phases that are yet to come, an additional integration of information on cultural events and promotional offers is expected, as well as solutions that concern the safety of passengers.

“Hrvatski Telekom has a leading position in providing advanced Smart City solutions in Croatia and has the widest network of partners, with whom it offers complete turnkey solutions. The overall smart bus stop concept in Rijeka is entirely designed by Hrvatski Telekom, and along with the said application, a great number of smart solutions by renowned partners has been integrated. Through this concept, Hrvatski Telekom and its partners set a new, higher standard in the modernization of urban infrastructure on the Croatian market”, said Saša Kramar, Member of the Management Board at Hrvatski Telekom.

This is the first of such joint pilot projects in Rijeka; however, it is expected that the collaboration would also continue with a wide network of partners, local startups, and the University of Rijeka in a three-year project for smart cities by the Competence Center (CEKOM).

“For the first time on a global level, experts from Ericsson Nikola Tesla have adapted Ericsson’s global Connected Traffic Cloud application so that it can be used on mobile devices. The original version has already been established by being applied in Sweden and the Netherlands, where it has enabled the transformation of the urban public transport. I am sure that, due to this solution, the citizens of Rijeka as well as numerous tourists will experience the improvement of their quality of life in the segment of public city transport. We are aware that, in order to achieve significant positive social and economic developments in Croatia, we must, through our innovativeness and partnership on all levels, support effective public services and a more efficient administration as well. There is a lot of room for creativity and new projects since this concerns digital transformation, which takes place in all the segments of the society,” pointed out Gordana Kovačević, president of Ericsson Nikola Tesla.

Through joint implementation of advanced ICT technologies and networked solutions in the transport sector, the two large companies have once again confirmed their leading positions in technology, at the service of the citizens, and Rijeka is becoming Croatia’s leader in smart solutions for the city of the future, which has made it one step closer to a genuine European Capital of Culture in 2020.

“For years now, the city of Rijeka has been developing a smart city concept, which includes the development of different solutions to facilitate the everyday life of its citizens and to improve their quality of life, such as free Internet, city cards, and smart traffic lights, regulating traffic flow in the city. The concept of the city of Rijeka as a smart city is constantly developing. In relation to that, the city of Rijeka has recently founded the Smart RI company as the leader of the Competence center for smart cities, consisting of as much as 20 partners, including Ericsson Nikola Tesla JSC and Hrvatski Telekom JSC with the aim of developing new market products, such as 4D intelligent infrastructure system, a solution for managing and planning energy efficiency, a system for public lighting management, etc. This was the project which resulted in the cooperation related to the implementation of smart bus stops in Croatia and putting into operation the mobile application, which was presented today, the projects which will surely facilitate the use of public transport by the citizens of Rijeka, as well as their time management”, said the mayor of Rijeka Vojko Obersnel. 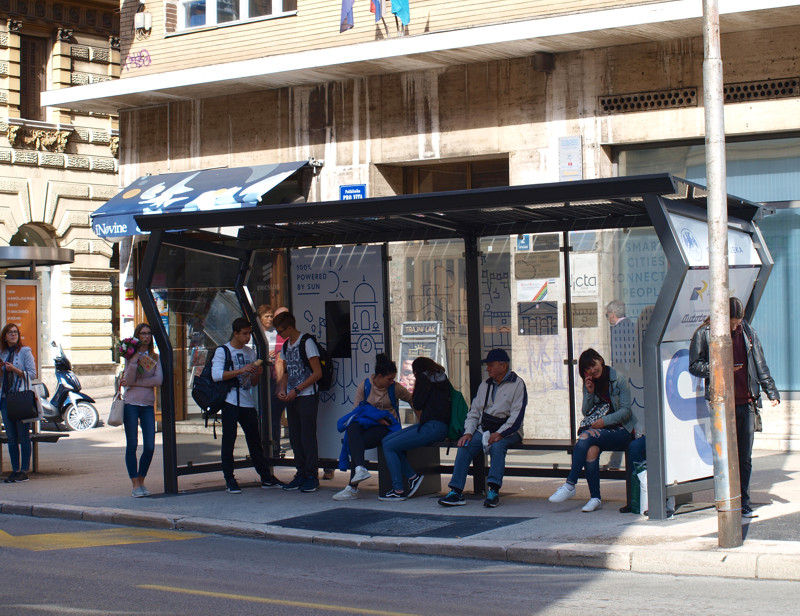 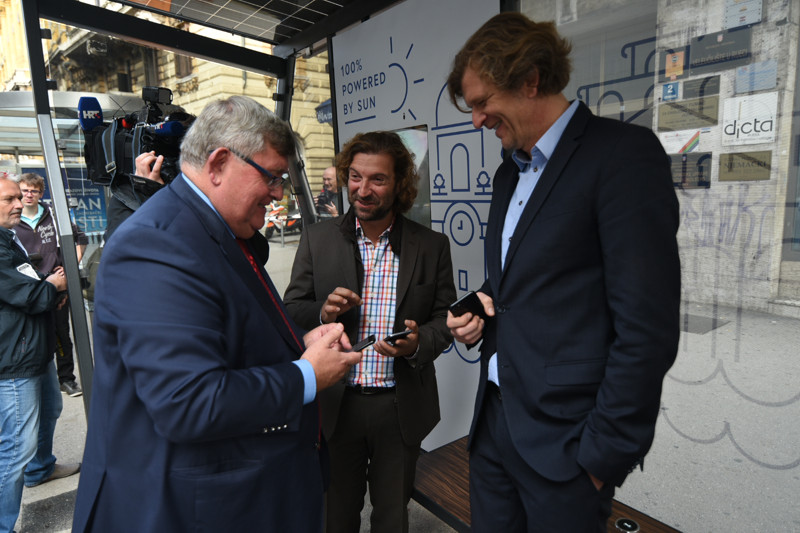 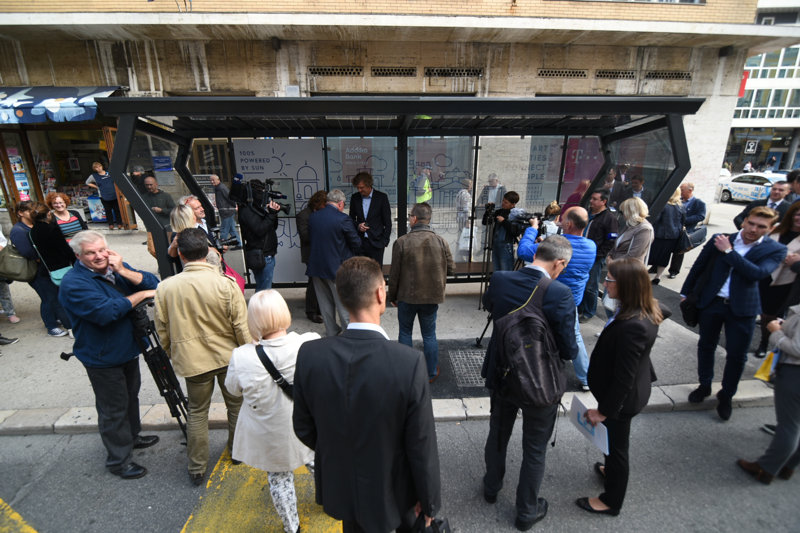 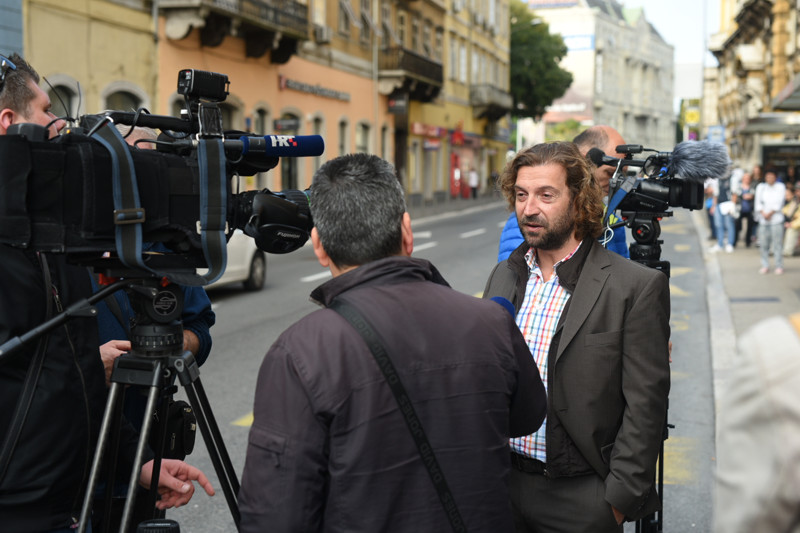 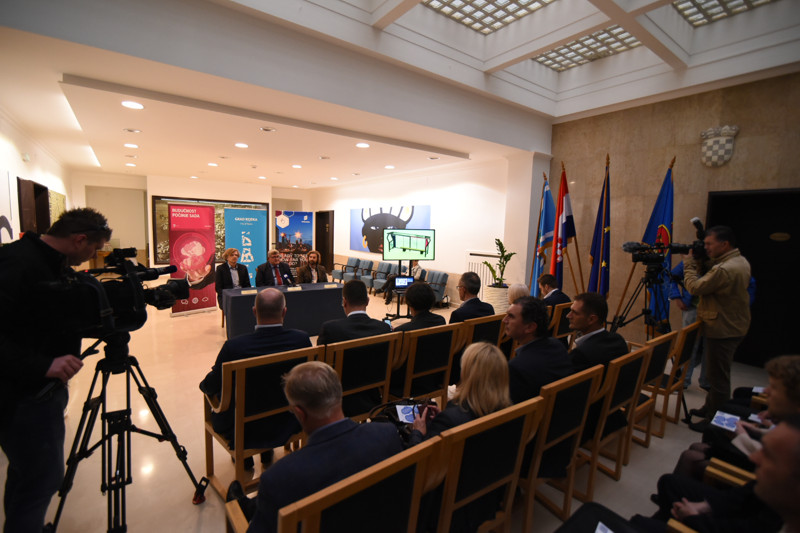 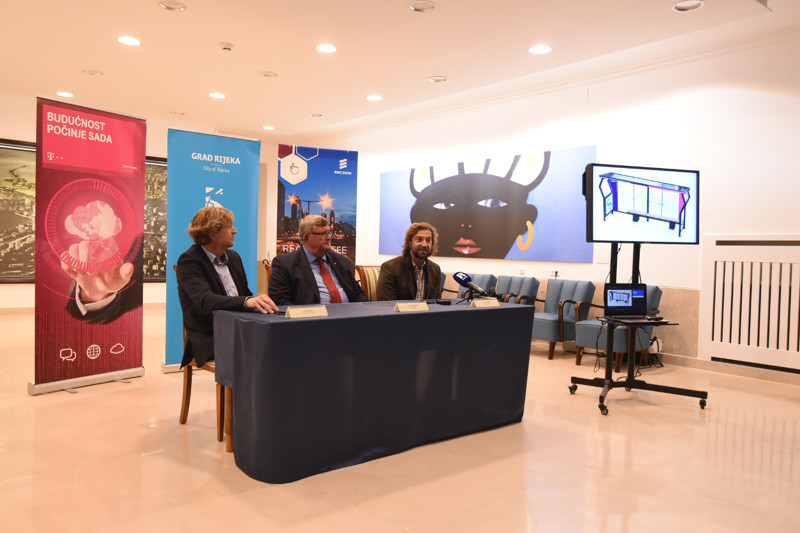 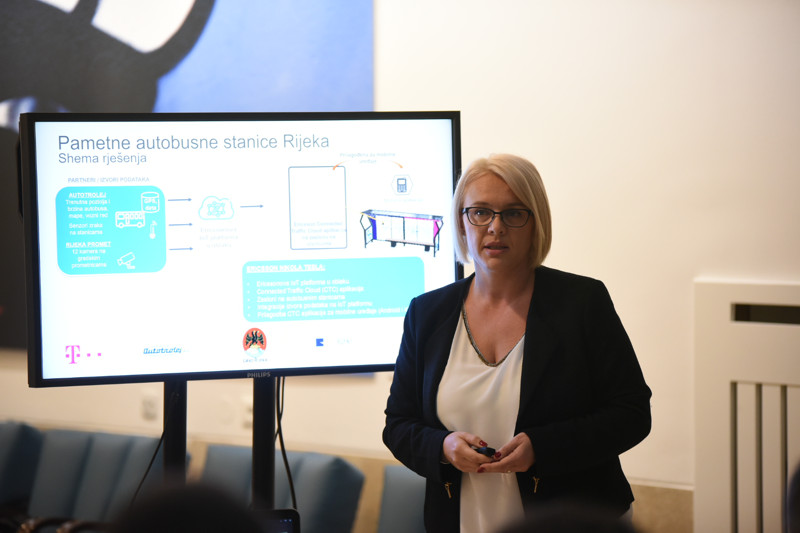 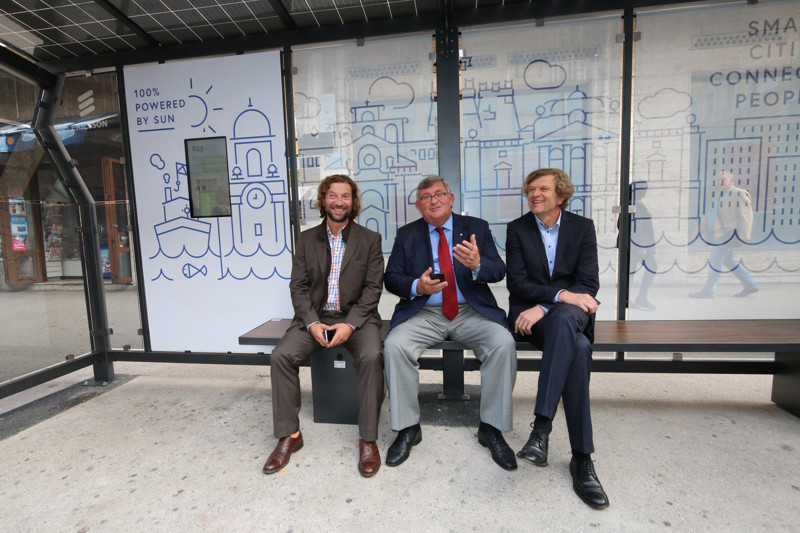