At the ceremony of signing a grant agreement by the Minister of Environment and Energy Tomislav Ćorić, PhD, the Director of the Environmental Protection and Energy Efficiency Fund Dubravko Ponoš and the 77 users, the decision on financing selected proposals submitted under the “Increasing Energy Efficiency and Renewable Energy Sources in Manufacturing Industries” call for proposals in the framework of the “Competitiveness and Cohesion” Operational Program 2014-2020, was officially confirmed. On this occasion, Ericsson Nikola Tesla was awarded a maximum of HRK 20 million for a complex and valuable project, which will eventually result in savings amounting to over 4.6 million kWh and in a reduction in CO2 emissions by nearly 1400 tonnes on a yearly basis. 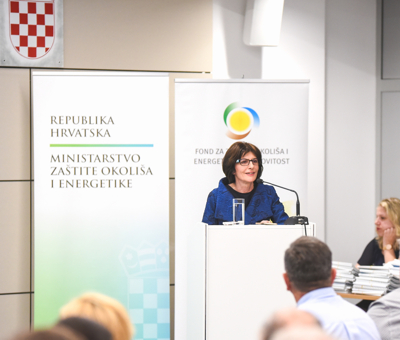 The call for proposals was published on 10 October 2017 and its purpose is to increase the efficiency of energy use in manufacturing industries, enabling the manufacture of an equal number of products by using a smaller amount of supplied energy and to reduce the share of fossil fuels in the total consumption of energy by switching to renewable energy sources. There were as much as 131 proposals submitted. Given the fact that nearly 60 percent of the proposals met all the conditions for the award of grants, the planned amount was more than doubled to nearly HRK 270 million. Following all the activities foreseen and co-financed by this call for proposals, Croatia should reduce the yearly energy demand by over 80 million kWh and reduce its carbon footprint by over 17 thousand tonnes per year.

“After the EU funds allocated to citizens and local authorities for their energy efficiency projects, I am extremely pleased with the fact that many of our companies succeeded in this and will use the allocated resources to improve their business. This will not only enable them to rationalize their costs but also make them socially responsible companies since caring for the environment is one of the priorities,” said the Director of the Environmental Protection and Energy Efficiency Fund Dubravko Ponoš.

“We are pleased by the fact that small, medium and large enterprises from across Croatia, from nearly every county, submitted their applications in this call for proposals,” pointed out the Minister of Environment and Energy Tomislav Ćorić, PhD, adding that “Croatia, as a Member State of the European Union has energy development goals that are in line with the European Union’s goals. Croatia’s energy development strategy is being developed and should contribute to our economy’s competitiveness. By a comprehensive implementation of energy efficiency measures, the intensity of energy use and the demand for energy supply will be decreased and the transformation of society towards a low-carbon economy will be enabled,” said Ćorić.

On behalf of all the companies that signed the agreement, Gordana Kovačević, MSc, president of Ericsson Nikola Tesla, thanked to all the representatives of the Ministry of Environment and Energy and the Environmental Protection and Energy Efficiency Fund, as well as to the experts that worked on this call for proposals. “This is a significant financial support provided to economic operators. It is also an excellent road map for other institutions on the state administration we want and need. On the other hand, this is also a message to all the companies saying that good governance and a serious approach of all the stakeholders is always the key to success. At Ericsson Nikola Tesla we have approached this project with great enthusiasm, being aware of its significance and far-reaching effects. I am certain that all the companies present here have put in a maximal amount of effort to act responsibly and in line with sustainable development goals. This is a new, positive impulse for the economy. I would like to congratulate all the companies that are signatories of this agreement and I wish us all many more quality projects like this one. Also, let us not forget that the real and hardest work for us is yet to begin. Moreover, in the implementation of these complex projects, we count on quality collaboration and support just like the ones we have had so far.” 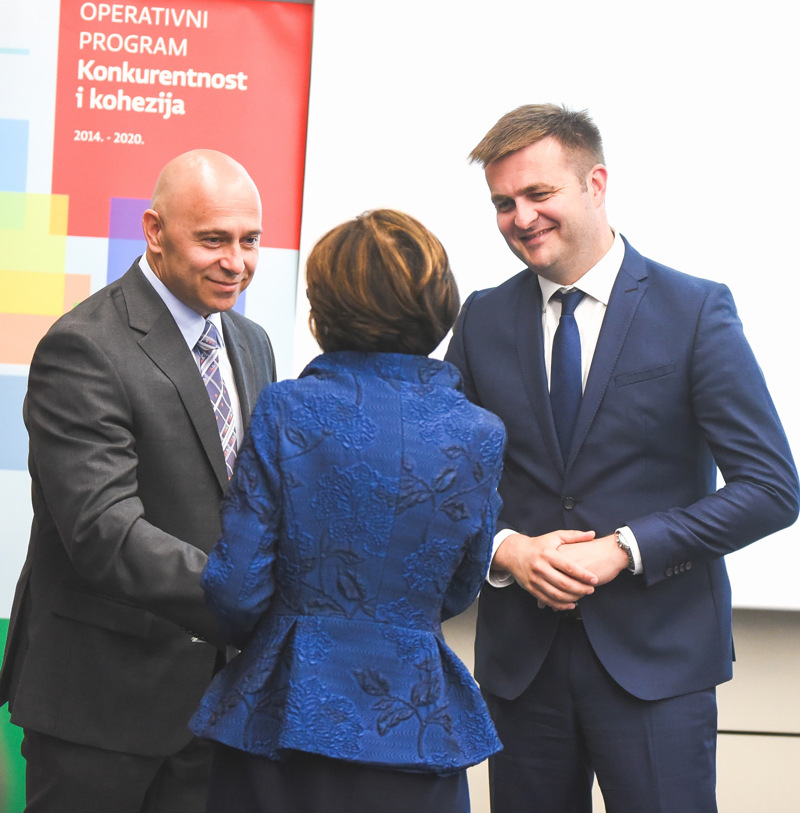