The longest radio relay network in the world measuring 26.8km in A1 Hrvatska’s network between the towns of Klis and Kamensko in the hinterland of the city of Split was realized on Ericsson’s equipment with 2X2 MIMO functionality implemented. 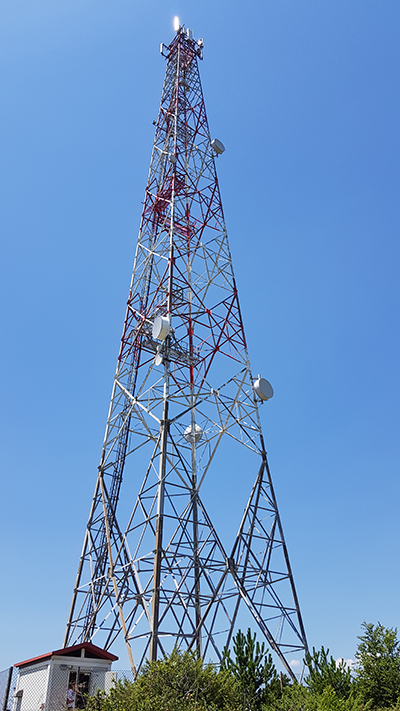 With this first implementation of MIMO technology in the microwave transport network of A1 in Croatia, transfer speeds have been doubled for users in the areas of Dugopolje, Trilj, Dicmo and Muć.

MIMO technology, based on multiple transmitters and receivers (Multiple Input-Multiple Output), is normally used in 4G and 5G networks. Its use is of particular importance in transport systems where it enables a more efficient spectrum use and service quality improvements.

“This will ultimately mean to our users that, due to our transport network evolution, we are capable of delivering higher access speeds, even in the areas where availability of good quality fixed broadband is limited, such as the islands and rural areas”, Tomislav Makar, CTO of A1 Hrvatska, explains and adds that a more efficient use of the available spectrum will significantly increase capacity.

“The prerequisite for implementation of this technology was hardware and software support of the equipment producer. We are talking about the latest of microwave technology and, given that Ericsson developed hardware and software to support MIMO, we have decided to start implementation as soon as possible, because we have been considering the introduction of MIMO as the next step in our transport capacity extension for quite some time. Our aim is to smartly combine investments into optical and microwave networks to promptly secure the required large capacities and achieve 5G service readiness in as wide area as possible, in rural areas in particular”, says Zoran Arambašić, Radio Access Network Planning and Development Director at A1 Hrvatska and adds that “the testing of MIMO connection has confirmed that we have solutions ready to support a fast rollout of 5G technology across Croatia.” He highlighted that the key to success in this first implementation of MIMO technology in a transport network in Croatia lies in the desire to use theoretical knowledge of MIMO connections with an innovative approach. With the technical support from Ericsson Nikola Tesla’s experts and technical knowledge and expertise of A1 employees, it resulted in this unique implementation in the world that provides record distance and maximum capacity.

“Ericsson Nikola Tesla has been supporting our strategic partner A1 Hrvatska ever since they started operating in Croatia and this includes microwave radio relay networks. Fast implementation and large capacities are the main advantages of connecting base stations in the areas where it is either unprofitable or impossible to build a fixed transport network. It was our great pleasure to support A1 Hrvatska in this technically demanding challenge by using MIMO technology that has a future, both in the transport domain and the future 5G implementations. On this occasion, I would like to commend A1 experts who were once again the first in moving technological borders with their innovative approach in using Ericsson’s solutions. Allow me to remind you that some years ago A1 Hrvatska and Ericsson Nikola Tesla were the first in Europe to implement Ericsson’s high-performance energy efficient PSI system for which we won the Global Telecom Business Award for the most innovative green project”, Miroslav Kantolić, Marketing and Sales Director for A1 Hrvatska at Ericsson Nikola Tesla points out.